Life of a photographer

An interview with Vanessa von Zitzewitz about her art and beginning as a photographer. 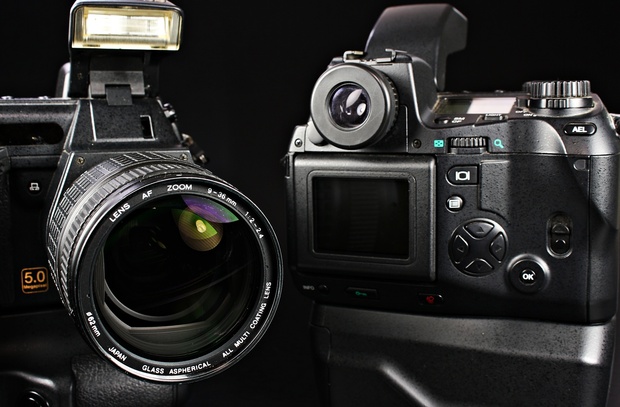 Vanessa von Zitzewitz engaged for charitable work. “Monachrome” was published in 1999 and it was her first philanthropic venture. She published a book of black and white portraits for the benefit of the Monegasque Red Cross. Diane Kruger, Luciano Pavarotti, Monica Bellucci, Shirley Bassey, Ringo Starr and many others took part in that project. “Slaughterhouse Angels” (2008) showed an insight into the daily existence of the children in the Mercy Centre in Bangkok and is an art documentary photography book. Vanessa von Zitzewitz became a social observer and she portrayed the heartbreaking truth about the lives of the slum children, many of the children are affected by AIDS. The entire profits of the book and a photographic auction were donated to the Mercy Centre. UNESCO recognized Vanessa von Zitzewitz for this initiative.

Susanne Lettner: I’ve heard, that photographres don’t like to get photographed. Is that true?
Vanessa von Zitzewitz: Yes, you are right, but times have changed as we are all more or less obliged to pose everyday in front of a camera or an iphone… my son takes my picture constantly, so I am getting used to it!!

Susanne Lettner: What was the first thing, you have photographed?
Vanessa von Zitzewitz: My first series of black and white photos, taken with my mothers old Nikon FE, was a series of portraits in Palermo, Italy, in market. Elderly people at their fruit, vegetable, fish stands. When I developed the negatives and photos in my dark room… something magical happened. It was only a project for my Parson’s school of design photo class, but certainly triggered me to become a photographer.

Susanne Lettner: What is your favorite camera?
Vanessa von Zitzewitz: I have been ambassador for Canon, and stayed faithful to that brand, although nothing will ever replace my old Hasselblad!

Susanne Lettner: How would you describe your own style as a photographer?
Vanessa von Zitzewitz: Difficult to describe my work or my style… I only hope that I am able to translate beauty and elegance, two words which seem to have less importance in art today…

Susanne Lettner: Which photo shooting is unforgetable?
Vanessa von Zitzewitz: I have had incredible moments and experiences throughout my work for the past 20 years… my most amazing memory might be the one when I was diving underwater with the horses in Doha, Qatar, for my series of “Underwater Horses”. It was magical. I was away, physically and mentally from everything and everybody, under the water, in my adored element photographing the movements of these beautiful creatures..

Susanne Lettner: Which works did you show at your exhibition "Appearances and Aesthetics“ at Bernheimer Gallery?
Vanessa von Zitzewitz: A series of nudes and portraits, all in black and white, except for a recent project which will be in color.

Vanessa von Zitzewitz is a photographer and is internationally recognized for her nudes, striking portraits and her underwater horse images. She collaborates with the Bernheimer Fine Art Photography Gallery and made as a young photographer her contracts with well-known luxury brands. Furthermore she has immortalized film stars, fashion and art personalities and important political figures such as Juan Carlos I, King of Spain, Mick Jagger, George Clooney, Victoria Beckham and Gianni Agnelli. She had many exhibitions all over the world.She published her photographs in a number of books.