There must be peace

Tale Heydarov from the The European Azerbaijan Society (TEAS) works in various ways for a peaceful settlement of the Armenian-Azerbaijani conflict over Nagorno-Karabakh. The European spoke with him about aims and solutions. 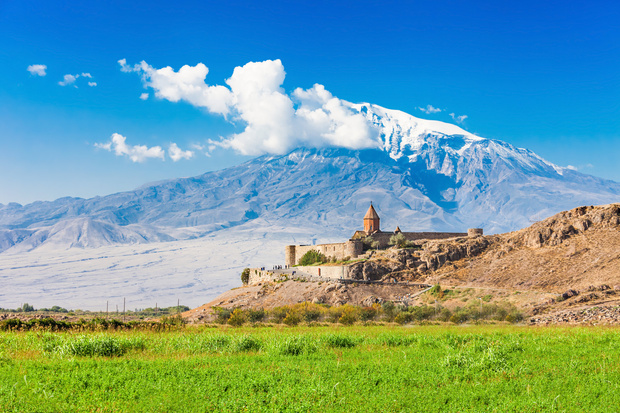 Mr Heydarov, thank you for your willingness to answer our questions today. You campaign in various ways for a peaceful settlement of the Armenian-Azerbaijani conflict over Nagorno-Karabakh. Could you describe the origin of this conflict?

When the Soviet Union started to disintegrate in the late 1980s, and the world’s attention was focused on the terrible ethnic cleansing in the former Yugoslavia, Armenia took the opportunity to invade Nagorno-Karabakh and seven other regions of Azerbaijan. This equates to approximately 20 per cent of Azerbaijani territory, and resulted in 30,000 deaths and around one million Azerbaijanis becoming internally displaced persons (IDPs) and refugees. This represents one of the highest rates of displacement per capita in the world.

Between 1988 and 1994 the conflict escalated. What sparked the escalation and what were the consequences?

The Armenians decided from the outset that the best way of capturing as much territory as possible was to terrorise the inhabitants into fleeing. Incidents such as the 1992 massacre of civilians in Khojaly spread fear to other towns, and many residents fled before they were attacked. This vicious programme of ethnic cleansing created the conditions for a particularly brutal conflict.

You mentioned Khojaly – what happened there in 1992?

On the night of 25–26 February 1992, Armenia’s armed forces – backed by the rogue 366 Motor-Rifle Regiment of the Red Army – surrounded Khojaly and proceeded to bombard it with mortar and artillery fire. As the remaining terrified civilian residents fled, they were ambushed and slaughtered, with many of the bodies being mutilated. Altogether, 613 men, women, children and elderly people were killed that night – and many others were captured as hostages and tortured.

Since the ceasefire in 1994, the OSCE Minsk Group has been tasked with achieving a sustainable peace. What are the results of these negotiations so far?

Sadly, despite many hours of talks, there has been no progress for over 20 years. At one stage a compromise agreement drawn up by the OSCE Minsk Group – the Madrid Principles – was accepted by the Azerbaijani side. Amongst other clauses, this demanded the return of the seven regions surrounding Nagorno-Karabakh, and permitted a high degree of autonomy for Nagorno-Karabakh within Azerbaijan. However, this was was subsequently rejected by the Armenian side.

How are the conflict and its consequences regarded internationally?

Despite the passing of four UN Security Council resolutions in 1993 instructing Armenia to withdraw its armed forces from the illegally occupied territories, the international community has made no effort to enforce compliance.

Then, how is it possible that Armenia occupies almost 20 per cent of Azerbaijani state territory until today – in defiance of the four UN Security Council resolutions?

The international community lacks the will to enforce the UN Security Council resolutions. The OSCE Minsk Group, appointed to facilitate a resolution to the conflict, certainly refuses to grab that bull by the horns. The legal position is clear and recognised on paper by all international organisations. Azerbaijani lands are under illegal occupation. But the talk of the bureaucrats is of compromise and negotiation. Compromise and negotiate with a thief that has stolen Azerbaijani land, property and lives. They warn that there is no military solution to the problem. But how did the problem arise? Precisely by military attack and invasion. The Minsk Group has nothing to say about that. Indeed, Azerbaijan is called on to negotiate peacefully with one of the leading military figures in the forces that occupied, expelled and killed – Armenia’s President Serzh Sargsyan. Finally the Minsk Group consists of three people, one each from Russia, the USA and France. These are the countries with the three largest Armenian diasporas influencing their politicians.

The conflict is commonly called a ‘frozen conflict’. Is this an appropriate description of the status quo?

This is absolutely not the case. There are daily exchanges of sniper fire across the ‘contact line’ between Azerbaijan and the Armenian-occupied territories, and just last month Armenian forces targeted the civilian population of Alkhanly village, killing two-year-old Zahra Guliyeva and her grandmother

At first sight, the conflict appears far away, as a South Caucasus problem, therefore having little impact on us and our lives in Western Europe. Could you tell us the reasons why the conflict nevertheless possesses supra-regional significance?

The South Caucasus region lies at the crossroads between Europe, Central Asia and the Middle East. A full-scale renewal of the conflict could have a deeply destabilising effect on all of those regions. Azerbaijan is blessed with hydrocarbons, and there are oil pipelines servicing a wide region that would be impacted. Furthermore, the Southern Gas Corridor – currently under construction – is destined to provide and diversify fuel supplies for many Eastern and Western European countries. This would be placed in serious jeopardy by any expansion of the conflict.

From your point of view – what must be done, so that the conflict can be solved after 25 years?

You are founder and Chairman of The European Azerbaijan Society (TEAS). What are the objectives of TEAS?

TEAS’s overriding purpose is to demonstrate the connections between Azerbaijani and Europe, and all that the country has to offer. We promote Azerbaijani culture and two-way trade and investment. We also highlight the plight of the one million refugees and IDPs who are its on-going victims and call for a just restoration of their right to live in peace in their own homes, land, property and state.

Tale Heydarov, Azerbaijani entrepreneur and promoter of social, cultural and charitable activities, is the founder and Chairman of TEAS. Inspired to promote Azerbaijan on the European stage, Tale founded the LSE Azerbaijani Society in 2006 while studying International Relations and History at the London School of Economics. The society went from strength to strength under his stewardship and has since evolved into TEAS, a pan-European organisation with offices in Baku, London, Paris, Brussels, Istanbul and Paris.