To Make The World A Better Place

Conservatives must modernize – by returning to their roots. The basic tenets of conservative beliefs still hold: The skepticism towards radical change, the commitment to stability in a risky world, and the desire to leave behind a better world for our children. 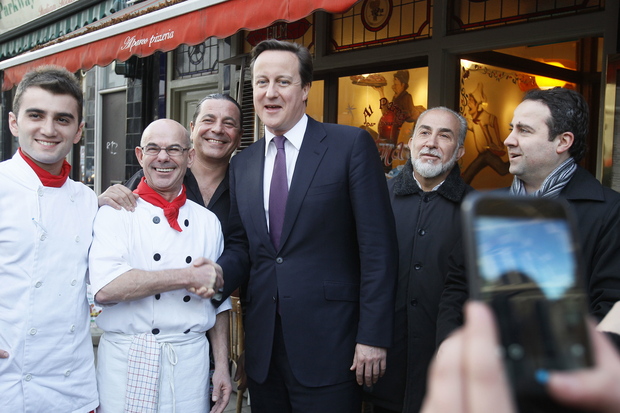 In Britain, the past few difficult years have prompted anger and resentment; but they have also prompted realism. This is why the Conservative party-led coalition continues to attract a certain amount of legitimacy, even if it also attracts substantial criticism. The cuts to public spending (or perceptions thereof) are unloved, but polling consistently shows that the public sees the necessity.

So old-fashioned fiscal austerity has provided conservatives with something of a popular mission. But it wasn’t always so.

The modernization of Britain’s Conservative party, achieved most visibly since 2005 under David Cameron’s leadership, involved a presentational conjuring trick. Traditional conservative instincts about the environment, localism, society, community and family were presented as somehow radically new – proof that the old party had changed.

It has involved taking some genuinely fresh policy stances, on race, gender and sexuality, public services and international development, for example. But at its core, this modern conservatism is about reviving beliefs that too many conservatives had forgotten they once held.

Economic recovery has rightly assumed centre stage, and its critical tasks – such as the balance sheet politics of streamlining expenditure and living within our means – tends to come more naturally to conservative politicians than to their opponents on the Left.

But modern conservatism has to be more holistic. The Left lost the big economic arguments a long time ago. But in the process, conservatives lost the moral argument. Kindness, compassion, and being ‘progressive’ (a word so abused so as now to be meaningless) were sentiments monopolized by the Left. This is the fallacy that Cameron’s Conservatives set out to correct. It mustn’t be lost sight of.

Environmentalism, for instance, is an inherently conservative philosophy. It should be too obvious to have to spell it out, but the default conservative position is to conserve. This became lost amid the myopia of economic ‘development’, as though all activities and economic ‘things’ produced, packaged and sold in any form were automatically beneficial. True conservatism is about cherishing and caring for our natural environment, which we look after in trust for the next generation. And true conservatism is about taking a pragmatic point of view on climate change, not rashly and irresponsibly dismissing the risks. The precautionary principle is really a conservative principle. Yet environmentalism was always seen as an obsession of the Left, in large part because conservatives heedlessly allowed it to be. Modern conservative interest in the environment is therefore a revisiting of older, natural conservative interests. It is imperative that this is not forgotten.

Reforming the welfare system, breaking down oppressive state monopolies in education, devolving power to local communities and reconfiguring healthcare for the needs of the 21st century – all these are vital to modern conservatism. And conservatives can allow them to be passed off as uncaring, ideologically driven acts of malice; or they can stand up for them as pragmatic and compassionate solutions to a system that not only no longer pays for itself, but no longer achieves its goals.

There is nothing well, nor fair, with a welfare system that incentivizes serial joblessness. There is nothing educational about a school system that puts the fixations of educators ahead of the needs of pupils; one that needs to encourage independent thinking by the young but refuses to innovate. And there is nothing healthy about a health service that can’t afford to keep up with modern medicine and ageing populations. Modern conservatism is about combining a strong moral purpose with the important but only complementary – not primary – restoration of economic sanity.

Irrespective of modernization, conservatism is and always should be about aspiring to leave the world in a better place for the generations to come. Conservatives might disagree among themselves about how to achieve it, but at its simplest, it ought to be the one thing that we all believe.

Nik Darlington is a British blogger and journalist. His writings have appeared in “The Independent”, the “Daily Telegraph”, the “Huffington Post” and at epolitix.com. He regularly writes at nikdarlington.com and tweets at @NikDarlington.

The Pope at the cradle of Islam

On the occation of the first visit of a Pope at the Arab Peninsula in the United Arab Emirates Pope Francis called upon to use religion for peace, tolerance and the compliance of the freedom of religion. Dialog and tolerance are the keywords. But what´s the meaning of it?

The Politics of Responsibility

Conservatism is not in crisis. In an uncertain world, personal and fiscal responsibility is required more than ever. Conservative politics can provide the blueprint for policies that are rooted in conviction and responsibility rather than poll numbers.