How do we define what is human and what is not? 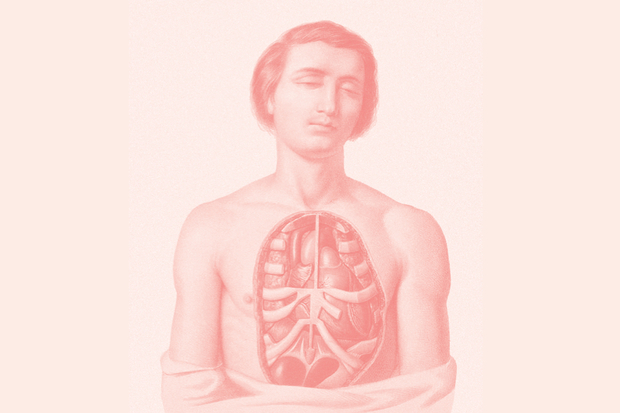 Today the classical idea that people merit solicitude simply in virtue of being human – or, more succinctly, that bare humanity is morally important – is on the defensive. It is not uncommon for contemporary thinkers to simply dismiss this idea. Many philosophers and popular writers maintain that a human or non-human creature’s moral standing is a direct function of its individual capacities of mind and hence that the sheer fact of being human (i.e., apart from the possession of any particular individual capacities) is morally indifferent. While some are motivated by the laudable aim of showing that certain animals (viz., those who possess whatever capacities are deemed morally relevant) should be treated better, these thinkers nevertheless wind up implying – shockingly – that human beings with severe cognitive disabilities have diminished claims to moral attention.

One good reason to defend the now embattled idea that merely being human matters is to challenge those who in this way suggest that we owe less to some of the most vulnerable members of society. But the interest of a plausible account concerning the importance of being human extends beyond its usefulness for contesting the repugnant suggestion that human beings with severe cognitive disabilities are somehow less fit objects of moral concern. A plausible account of how being human matters sheds light on what is involved in bringing any human being into focus in ethics, and thus helps us to understand the kind of work we need to do to combat not only biases related to cognitive disability but also other forms of bias that obstruct the kind of clear-sighted understanding we require if we are to respond to each other justly.

No more than inherited prejudices

A reasonable first step toward substantiating the idea that bare humanity is important is to show that individuals with serious cognitive seriously disabilities have undiminished moral standing. One strategy of advocates on behalf of the cognitively disabled – such as, for instance, Rachel Adams, Michael Berubé, Eva Feder Kittay and Hilde Lindemann – is to adduce examples to get us to see that we ourselves take the kind of dismissive attitude recommended by some theorists to be morally repugnant. In one remarkable essay, Kittay writes about her adult daughter Sesha who has cerebral palsy and cannot speak or care for herself, describing how Sesha was once wheeled around the home in which she lived, clad only in a towel, through a corridor in which residents and (male) staff could encounter her. Kittay invites her reader to recognize that it is fair to speak here of a slight to Sesha’s dignity, even if Sesha herself didn’t experience a slight.

If we take the use of examples such as this one of Kittay’s as central to a strategy for attacking the view that cognitively disabled human beings are less deserving of moral consideration, we run into an apparent problem. The strategy may seem to work by appealing to beliefs that are at bottom no more than inherited prejudices, and it may appear that no good reasoned case has been, or can be, made for thinking that merely being human (i.e., apart from the possession of certain individual characteristics) is morally important. But there is reason to think that beliefs essentially shaped by culturally located attitudes can be undistorted, and in fact this possibility is realized in our attempts to understand human beings.

As is demonstrated by the power of any number of novels, films and artworks of other types, we often discern people’s thoughts, feelings and intentions in their eyes, facial expression and gestures. Our concern in this very ordinary mode of engagement with others is not with behavior that we can adequately capture with merely physical descriptions but rather with meaningful behavioral patterns – patterns that only come into view through the lens of a sense of what matters in human life. It is fair to say that we require a conception of what is humanly important in order to get human beings empirically into view in ethics. Moreover, this recognition has transformative implications for how we construe moral responsibility. Because we can never exclude the possibility that our ethical conceptions are in some respect shallow, parochial or partial, we need to be constantly willing to revisit them and, if necessary, to rework them with an eye to rectifying their injustices.

This responsibility does not somehow abate when we are trying to get in view people who are seriously cognitively disabled. A good first step in this region of ethics is to give up the idea that some level or style of cognitive ability represents a norm or standard and to restrict ourselves to referring, in a neutral fashion, to those who are cognitively more typical or atypical. As Ian Hacking has brought out with great insight, atypical individuals are likely to present, for “neuro-typicals,” particular challenges for understanding. Here our unexamined assumptions about what is of value in life are more likely to interfere with our ability to arrive at a just understanding, and, by the same token, we are likely to need to do substantial work on ourselves, reconfiguring our modes of appreciation, to bring the individuals in question clearly into focus.

Inadequate conceptions of what is important in human life

One notable thing we learn by attending to the difficulties here is that all human beings – not merely neuro-typicals – need to be seen in ethics in the light of a conception of what is humanly important. Bearing this in mind, we can say that in ethics all individual humans are rightly seen, not only as beings to whom things matter, but as beings who accordingly merit concern and solicitude. We can say, that is, that merely being human is morally significant.

To the extent that this account of the importance of being human illuminates challenges of bringing human beings into focus in ethics, it gives us insight into different ways in which we can fail to see each other clearly. While in some cases, such as those just touched on, we may find that we are operating with inadequate conceptions of what is important in human life and that we need to reshape our sense of what matters before we can see someone clearly in a sense relevant to ethics, in other cases we may fail to look at a person in the light of the conception of what is humanly important that informs our thought about people we take to be ‘like us’. In cases of this further kind, we may say or think things to the effect that “pain (or poverty or inconvenience or the loss of a promotion or the death of a child) doesn’t bother people ‘like them’ as much.”

The lesson is this: In our efforts to get human beings empirically into focus in ethics, we have a standing obligation not only to revisit and, if necessary, rework our conception of human importance, but also to ensure that our best conception is indeed the lens through which we look at our fellow human beings.

Alice Crary is Chair of the Philosophy Department at the New School for Social Research in New York City. She discusses these topics at greater length in “Inside Ethics: On the Demands of Moral Thought” (Harvard, 2015), where, in addition to considering human beings, she argues that merely being an animal is relevant to moral thought.

Why enjoyment and renunciation are mutually dependent. Why Seneca is right and why asceticism is underestimated as a fine form of culture.

In Pursuit of the Beautiful Soul

A Renaissance of Salon Culture

What is the history of salon culture? How did the salon contribute to the formation of a European public sphere? In what ways did salons create new forms of community through culture and ideas? What lessons can be learned for communication, discursive action and human interaction today? These are questions we must consider in envisioning new forms of participatory democracy in the 21 st century.