For now, our desire is nameless

Communism cannot be revived. But a new revolution against the oppressive capitalist system is coming – we just have to recognize it. 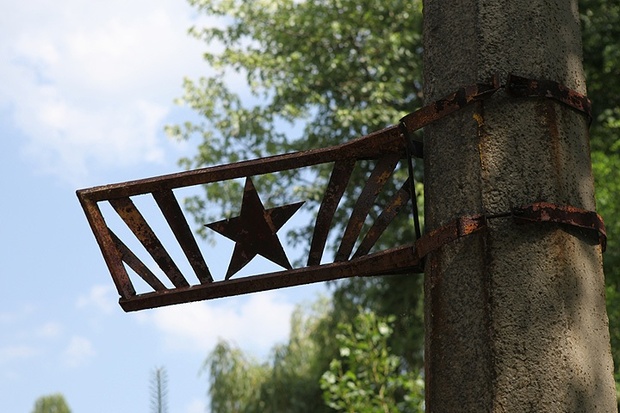 “In our day,” Nikita Khrushchev told a crowd in the Lenin Stadium of Moscow on 28 September 1959, “the dreams mankind cherished for ages, dreams expressed in fairy tales which seemed sheer fantasy, are being translated into reality by man’s own hands.” This quotation from Francis Spufford’s extraordinary Red Plenty reminds us that when communism was defeated, it wasn’t just a particular ideology that disappeared. The demise of communism was also the disappearance of modernism’s Promethean dream of a total transformation of human society. Michael Hardt has argued that “the positive content of communism, which corresponds to the abolition of private property, is the autonomous production of humanity – a new seeing, a new hearing, a new thinking, a new loving.”

The arrival of what I have called capitalist realism – the widespread acceptance that there is no alternative to capitalism – therefore meant the end of these new productive, perceptual, cognitive and libidinal possibilities. It meant that we would be reduced to the same old seeing, hearing, thinking, loving … forever. Fredric Jameson long ago argued that postmodernism was the cultural logic of late capitalism, and the features that Jameson claimed were characteristic of the postmodern – pastiche, the collapse of historicity – are now ubiquitous. The only future that capital can reliably deliver is technological – we count historical time not in cultural shifts, but in technological upgrades, watching the same old things on higher definition screens.

“The reality of class continues”

The attitude of realism that dominant capitalism requires is essentially depressive. The management of this collective depression goes through a series of thresholds. First of all, we come to expect very little: nothing will ever happen again. Then we think that maybe the things that once happened weren’t actually so great. Finally, we accept that nothing has ever happened, nor could ever happen. The more that depression is normalized, the harder it is to even identify it. Radically lowered expectations become habituated. Time flattens out.

This generalized depression is one reason that so little has happened since the major capitalist crisis of 2008. Yet this depression is itself both a symptom and a cause of something else: the decomposition of class solidarity. We would have to go deep into the 19th century to find a moment when class consciousness was as weak as it is now. Not only Capital, but also elements of the post-68 Left, have maintained that class is an outmoded category, unfit to deal with the multiplicities and complications of 21st-century life. Yet these complications are in some respects a mirage, concealing the persistence of a class structure in which the majority of the population is marked as inferior. The reality of class continues, but without class consciousness. Beverley Skeggs and Helen Wood’s work on the class basis of reality TV and Owen Jones’s analysis of the “demonization of the working class” show that class is displayed even as it is disavowed in contemporary culture.

Since the 1960s, the Left has split into an authoritarian-nostalgic Leninism, committed to a party form and a class politics whose historical moment seems to have passed, and a supposedly “new” Left which rejects institutions and the centrality of the class struggle and puts all its faith in the capacity of the people to mobilize autonomously and to produce outside capitalist social relations. We desperately need to undo this binary. There is no way back to the old Leninist party, any more than there is a way back to Fordist capitalism. Yet naïve autonomism has shown that it has no purchase on the current moment either. Anti-capitalism and its retinue of strategies – occupations, protests – have not caused Capital a moment’s serious alarm. 68 preached that structures don’t walk on the street – but if anti-capitalism has taught us anything, it is that, by itself, street activism has little effect on structures.

“There is no desire for capitalism”

We don’t have to choose between class politics and anti-authoritarianism any more than we need to choose between Gramsci, Deleuze or Guattari, between a hegemonic approach and a politics of desire. In fact, if we are to succeed, we must absolutely refuse this false choice. Class politics must be renewed and resumed, not simply revived as if nothing has happened. In a Gramscian mode, we need to take institutions seriously again. Mainstream media are still where our sense of reality is produced; and despite all the claims about the waning of the state, parliament still has power over life and death via its control of the military, health services and social security. Yet these institutions cannot be renewed from within – it is necessary to articulate the institution and the forces outside them.

At the same time, desire is not some vitalistic energy which will spontaneously emerge once bodies are freed from institutions. Rather, desire is always the result of processes of libidinal engineering – and at the moment, our desire is manipulated by Capital’s army of PR, branding and advertising specialists. The Left needs to produce its own machineries of desire. It’s true that, at first sight, we seem to be at something of a disadvantage here, when we consider the vast resources that Capital has at its disposal aimed at capturing our desire. Yet there is no desire for capitalism as such, just as culture is composed from libidinal materials that have no essential relation to Capital – which is why Capital has to distract, depress, and addict us in order to keep us captivated and subordinated.

But if we are no longer to define ourselves negatively, by our opposition to Capital, what will be the name of our positive project? I don’t believe that the old signifier communism can be revived for this purpose. It is now irretrievably tainted by terrible associations, forever tied to the nightmares of the 20th century. At the moment, our desire is nameless – but it is real. Our desire is for the future – for an escape from the impasses of the flatlands of Capital’s endless repetitions – and it comes from the future – from the very future in which new perceptions, desires, cognitions are once again possible. As yet, we can grasp this future only in glimmers. But it is for us to construct this future, even as – at another level – it is already constructing us: a new kind of collective agent, a new possibility of speaking in the first person plural. At some point in this process, the name for our new desire will appear and we will recognize it.

Mark Fisher is the author of Capitalist Realism (2009) and Ghosts Of My Life: Writings on Depression, Hauntology and Lost Futures (2014). His writing has appeared in many publications, including The Wire, Frieze, The Guardian and Film Quarterly. He is Programme Leader of the MA in Aural and Visual Cultures at Goldsmiths, University of London and a lecturer at the University of East London. He has also produced two acclaimed audio-essays in collaboration with Justin Barton:londonunderlondon (2005) and On Vanishing Land (2013).

Unless a complex order distinct from liberal capitalism becomes conceivable for masses of people, the left can only propose a leap in the dark. But a movement with no imaginable design in view is unlikely to win the strength to accomplish the unimaginable.

The curtain will fall

The only thing that keeps capitalism in place is the fearfulness of the Left. But an alternative scenario is not only necessary, it is also possible.

Communism is alive and kicking. One has to live in a bubble of privilege or ignorance not to notice.