Our best hope for proper civic engagement is state sovereignty. But many confuse it with a dangerous sense of nationalism. 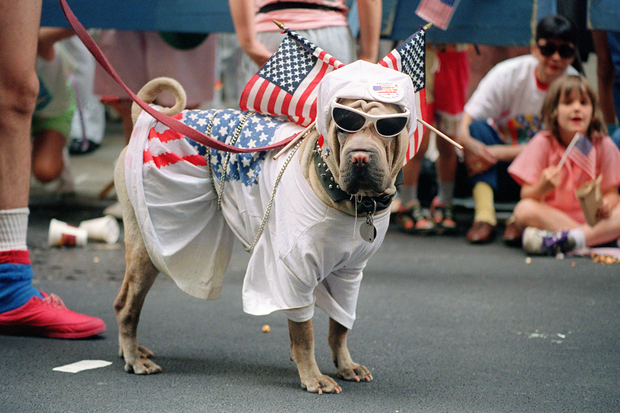 Today’s modern political climate is rife with violence rooted in nationalist agendas and exploitation rooted in internationalist ones. People’s sense of belonging in many corners of the world has begun to detach itself from the political bodies that govern them, and instead they have gravitated towards ethnic, cultural, or regional identities. Will people reject global integration in favor of tribalism? How can political states survive in a climate of border-bursting trade blocs and simultaneous nationalist movements to draw new borders?

Warriors, come out and play!

According to Hobbesian theory, human interest in self-preservation inevitably causes some type of government to form. We reject anarchy because we want to be safe from the actions of others. We also form governing institutions around people whom we think we can trust. The fact that Iraqis currently are more inclined to fight under historic banners of sectarianism than to embrace the political state that they live in is a testament to that.

ISIS, for example, an ultra-zealous contingent of radicalized Sunni Muslims with an ideology shaped more by PTSD than Muslim doctrine, has recruited Sunni fighters from as nearby as Syria and as far away as Australia in their battle for Iraq. For all its strength, however, ISIS has so far failed to expand into territories where the majority of the population is not Sunni, but Shia. The fact that most of Iraq is still under the control of the government has little to do with the Iraqi army or coalition bombings, but instead with the fact that the majority of Iraq is Shia. The very strength of the Sunni identity that allows ISIS to recruit abroad is also what stops it dead in its tracks somewhere northwest of Baghdad.

Shia militias, some formed organically, others backed by Iran, a country almost exclusively following Shiite practices, have been triggered by ISIS to grow in both numbers and in sophistication. In the north, Kurdish fighters fight ISIS as well, and have militias that share the goal of an autonomous Kurdish state in northern Iraq. Though a world caliphate still seems distant for the likes of ISIS, what’s more likely is that their structuring of military forces and political borders around a certain religious sect of Islam has provoked others to do the same on an unprecedented scale.

You also don’t have to travel to the Middle East to see the formation of mini-nations in full swing. It’s no surprise that the American inner cities suffering the most gang violence have also been the places where public institutions such as schools or the police were not helping the population. If your high school is so poorly funded that you can’t move on to college or even acquire a basic job, and the police in your neighborhood are just as likely to kill you as they are to protect you, joining a gang and selling drugs doesn’t look like such an absurd option; rather, it’s a survival tactic. People become nation-oriented, or simply tribally structured, for many reasons. But sustained instances of it are most frequently a response to the failure of civic institutions to take care of the population.

For many Europeans, this has led to distrust of EU institutions, followed by a nationalist resurgence built off of a growing distrust of internationalism and immigration. Nationalists from UKIP to Golden Dawn tout claims that their country’s sovereignty and very culture is under attack by the likes of foreign companies and cultures.

Immigration, particularly to Europe, also becomes contested due to the generous welfare packages that are offered to whoever is granted citizenship. The question of who deserves benefits is a tricky one. The concept of nationhood within nation states can lead to overt racist demonstrations, as well as more covert political innuendo such as the term “welfare tourism.”

More important still, by playing up the issue of immigration in the media, working-class populations are misled into believing their worst problems stem from the immigrants on their block instead of the social inequities perpetuated by the disfigured institutions within the very states in which they live. The independent film This is England illustrates this point beautifully by highlighting how English nationalist movements used the skinhead subculture as a tool to recruit working-class Brits to their cause in the 80s.

State sovereignty is and remains the fundamental pillar of making and enforcing all laws, especially human rights. Historically, populist movements around the globe (communities mobilizing based on a political as opposed to a cultural identity) have been the best remedy to institutional failure. The populist movement in Iceland is what allowed it to overthrow its banking elite and choose as a sovereign state not to indebt itself to foreign lenders. Populism is what fostered anti-corruption measures under Teddy Roosevelt in the United States. Populism is what has elected a Greek government that seeks more autonomy over its decisions, regardless of whether it remains in the EU or not.

We may revel in our own personal sense of regionalism, tribalism, or concept of nationhood. But the reality remains that our best hope for proper civic engagement that can enrich our communities rather than divide them is unequivocally the tool of state sovereignty. That, for all of its grandiose claims, does not hinge on the economy, the integrity of politicians, or global culture. It depends on whether human beings perceive the concept of state-belongingness as a means of strengthening society or cutting it up.