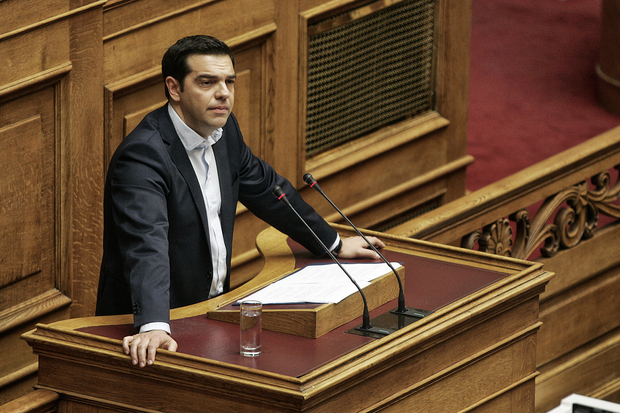 On July 1st, 2015, Greece missed a deadline for a 1.5 billion Euro payment to the IMF. With talks remaining rocky, there is an ever-growing concern about what a long-term Greek default could do to the world economy.

In Matters of Markets and EU Members

There is a lot of concern among leaders and investors alike, regarding what effect even a slight Greek default could have on global markets as well as the institutional faith in the European Union. And while those concerns are completely warranted, they also embody the often unspoken tragedy of Greece’s debt crisis – international concern about Greece has very little to do with actual Greeks.

Greece’s creditors, a combination of the IMF, the EU and private lenders, have very logically worked to structure a Greek recovery that ensures economic stability by minimizing Greece’s access to funds absent cost-cutting reform, or as it is commonly called, austerity. Lower operating costs for the Greek government mean a Greece that can more quickly and efficiently pay back its loans. Such a system is very well designed, if measured by the interests of those extending the loans.

The problem, of course, is that these cost cutting measures inevitably attack Greek living standards by shrinking pensions, basic services, and critical economic opportunities for younger generations. This has without surprise enraged the population over the last few years. When one steps back from the concept of austerity and looks at the social climate that such economic constrictions create, it is no surprise that Syriza, a party based on an anti-austerity platform, won coalition control of the government at the end of last year.

It is not to say that default is a good thing economically (not that there are any good economic options for Greece at this point), but the political message is clear. By defaulting, making late payments, or even just holding out until the last minute to approve a recovery package, Greece is challenging the notion that its best option is to submit to the demands of its current creditors in the international community.

What other options could it take? That is perhaps the greatest mystery of all.

No anti-austerity ideology is complete without a healthy bit of Euro-skepticism, something that also contributed to Syriza’s successes during elections. Even though such skepticism can easily devolve into arguments about nationalism, World War II grudges, and the ever-vague notion of what it means to be “European”, there are some logical arguments for why Greece would want to default, and why leaving the Eurozone could be part of that mix.

Greek financial woes inevitably lead to recovery measures designed by the interests of many EU states, but not necessarily for the improvement of Greece as a country. This is not out of meanness; it is just the way the Eurozone is structured. Every EU recovery package for Greece is inevitably paid for in large part by other countries. As we all know, this leaves Germany (the country with the largest EU economy and population) paying the biggest share of any EU bailout. Through the vessel of the ECB, an international entity (though it is headquartered in Frankfurt), money is both printed and lent out in the form of recovery packages designed to keep macroeconomic Greece afloat, with little to no consideration of what economic realities fall upon the Greek population. Granted, years of book cooking under multiple Greek governments did not help foster much trust.

Many developed countries do not have this interstate dependency. America’s Federal Reserve, for example, can change interest rates and print money in whatever ways are determined to be most beneficial to one country’s needs – America’s. This helped it survive the crisis. Greece, like any other EU state, does not have this luxury.

To be fair, Greek prime minister Alexis Tsipras has asked for an extension of European credit to Greece and has been willing to make concessions, though it has been hinted that the principles of not only himself, but his party and the electorate along with it, may one day be willing to risk a short term situation where things get much worse, but in the long term could potentially grant the Greek population more command over its future.

Such a route, though highly volatile, would not be impossible. It truly could wreak havoc on global markets and harm investor confidence around the world as well. Even so, if you are a citizen of Greece, where economic prospects are already abysmal, why would you care? If things are already set to get worse anyway, you might be willing to sacrifice what little certainty you have left for a lot more autonomy.

Things could get Icy

The fear of financial assets being frozen in Greece is something that has already affected the country’s biggest banks, where withdrawal limits threaten the spending power of the population. Also, over-withdrawal out of panic simultaneously threatens the entire financial system.

Still, a nation state has successfully shed its creditors before – and recently. Between 2008 and 2011, when foreign creditors from the UK and the Netherlands made demands that Iceland reimburse them for the debts of failed Icelandic banks, the new government refused to pay them. They did this on the grounds that a sovereign state has no obligation to use tax dollars as a means of repaying the debts of a private institution, banks included. In doing so, it successfully took the burden of debt off of its citizens and is now a stable, growing economy. It did not get there by following the rules of globalization, but instead by asserting its own democratic sovereignty.

Granted, Iceland is a much smaller country than Greece, and the government still had to find other loans in order to maintain certain public services, though on much better terms. Iceland also has the ability to do so because it is not a part of the EU. That begs the question: With tough economic times on the horizon for Greece no matter what it does, will it stick with relative stability coupled with painful dependency, or come to choose more control over its own affairs at the cost of very little certainty?

Regardless of the answer, any sustained recovery for Greece will require more than keeping the country’s finances afloat, but also a tangible investment in its people.