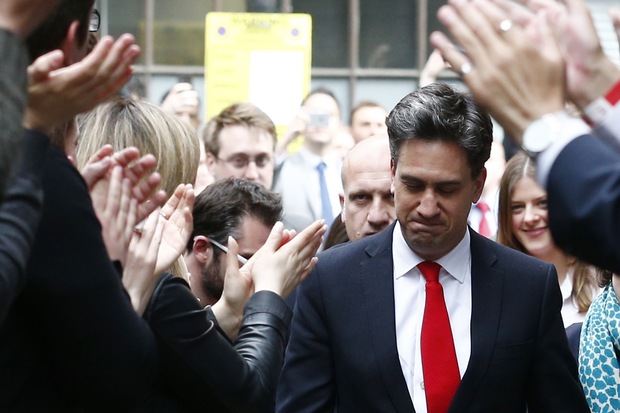 Britain’s election results are to say at the very least, disappointing. Even if you are British, and you supported the victorious Tories, you are unlikely to be satisfied with the overall election results. Many thought that the Conservatives would lose out in the end to Mr. Miliband’s Labour Party because of an assumed migration of Conservatives to UKIP, but indeed what’s actually happened is that many Labour voters instead opted for the SNP, where the dream of Scottish independence is still alive and well. Cameron and his very marginal victory guarantee at best the status quo, something no one was truly alright with, but as it appears, many still favored it to the other options.

And while the last thing any politically disunited western country needs is a series of Game of Thrones puns to simplify a complex bundle of differing interests and ideologies among its disillusioned voting population, that’s exactly what Britain is getting this week.

If polling of Scottish youth is indicative of anything, it’s that they are far more committed to pursuing independence in the long term than their elders. Scotland may yet have another referendum and possibly even break away from the UK in the coming decades, especially if Westminster’s top-down approach of governance continues to lose popularity “North of Hadrian’s Wall,” as a now resigning Nigel Farage is known to say. If independence were to happen, results from this week’s election and past ones suggest that the departure of Scottish citizens may just leave behind a smaller and far more conservative UK.

Far more likely in the immediate future is growing popularity of the SNP. They are now the third most influential party in Britain. It seems many of that 45% of Scots who voted “yes” last year would still rather do what they can to foster a future departure from the UK rather than put their trust in Labour to act terribly different from the Conservatives in 2015.

David Cameron is often accused of being another cog in the machine of Britain’s upper class and its somewhat incestuous relationship with higher education, big business, and government. Most smart people also don’t try and deny this. While the British class system often sells itself as an unspoken meritocracy, the policies of the Tories suggest something of a mediocracy.

Despite endless chatter about reigning in the budget, austerity in the mind of Cameron continues to be a policy of punishing public institutions for the shortcomings of private enterprise. It was not the NHS, but financial markets whose incompetence drained the coiffeurs of average citizens, something easily forgotten when you look at ol’ David’s campaign backers. Britain’s government still operates at a deficit while also giving tax cuts to its wealthiest citizens, something that The Economist cheekily tried to write around in their endorsement of Cameron, saying “overall, inequality has not widened — in contrast to America.” Declaring that your country’s inequality problem isn’t getting worse compared to America’s is like boasting that your terrorism problem has not worsened compared to Syria’s.

The Tories find themselves in something of a season 5 Lannister family predicament — still on the throne, yet engulfed in failing policies and surrounded by opposition. Their marginal win has earned them not a respected mandate, but a surprise that they’re even still there.

The King in the Narrow Sea

Across the English Channel lies continental Europe, a mass of land that has a very complex relationship with Great Britain. Today’s relationship, however, has been an uneasy one. The Tories have had an anti-Europe policy from day one, opting to block new EU regulations and promise a referendum on whether or not the UK will even stay in the Union. Whether Britain remains or departs, however, EU institutions will still continue to affect it. Giving up a seat at the negotiating table seems more about pandering to voters than about ensuring any kind of economic stability.

Ed Miliband, had he become prime minister, would not have let such a thing happen. But alas, this is not the case. It’s hard to know what polices Labour would’ve enacted had they gained the majority every pollster seemed to predict they were going to get, but one certainty would be that Britain’s EU membership would not be coming into question. In the end, it might be good for Britain to leave the EU, given that its government is already working so much against it as it is. Regardless of this, however, the UK economy, and the many British citizens living and working in the EU are in for a lot of trouble if a solid break really does happen.

That narrow bit of sea between England and Europe is quite a bit wider in the minds of many than it probably should be. As Britain’s political parties find themselves behaving more like factions than elected representatives, it appears that the coming years will find citizens of the “United” Kingdom ever more distant from Europe and from each other. Rhetoric is on the rise, now more than ever.

Unlike Game of Thrones, there’s nothing magical about this kingdom, except of course for all of the dragon fire.