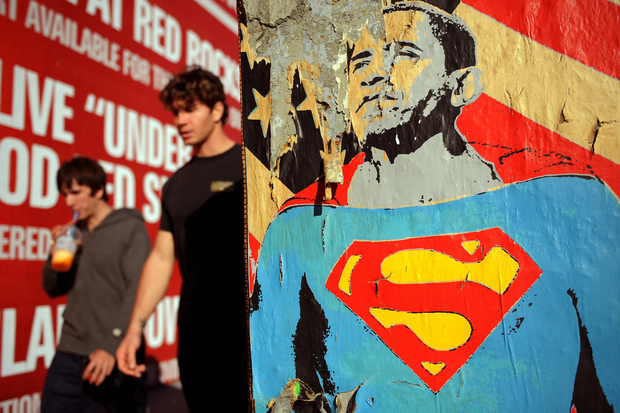 When Barack Obama entered office in 2008, the international community was in a very different place than it is today. The Obama administration has been tasked with untangling the economic and military mess left behind after the Bush years. It’s also had to adapt its work with countries whose needs are gradually shifting from economic to military assistance.

In 2008, the world was mostly concerned with a global economy in free fall, due in major part to the financial incompetence of American banks. This, along with years of war fatigue after Iraq and Afghanistan, gave not just the international community, but also many Americans a sense that the United States had truly entered the “Late Roman Empire” phase of its superpowerdom. Pundits and writers foamed at the mouth as they compared the NFL to gladiatorial games and called American and Chinese relations a “New Cold War.”

Now, despite the remaining issue of increasing inequality, the worst of the economic crisis is over. The Obama Administration has scaled back troop numbers in Iraq and Afghanistan to nominal levels (albeit more slowly than most wanted), and the United States has emerged the fastest growing western economy in the world. The stock market is through the roof, the U.S. deficit is going down, and unemployment continues to drop, all while America maintains the largest and most advanced fighting force on earth. Rome did not fall.

Not everyone supports U.S. military intervention, nor should they. But the host of growing regional powers, from Russia in Eastern Europe, to China in the South China Sea, to groups like ISIS and Boko Haram in the Middle East and Africa, is worrying. What many in the world are reluctantly realizing is that in some instances, the United States is the only protection they have from far more oppressive spheres of influence.

As Russia continues to conduct military exercises with tens of thousands of troops in the Arctic, what other than Norway’s NATO membership is to stop them from taking Norway’s oil reserves? Who besides the United States has pledged solid aid to Ukraine and organized the lion’s share of economic sanctions against Russia to prevent the invasion of more territory? Who, despite a lack of Israeli support and the adolescent behavior of its own Republican congress is trying to broker a nuclear deal with Iran so as not to ignite an arms race in the world’s most volatile region? Whose Navy secures safe passage for not just their own, but the entire world’s container ships, in order to preserve global economic integration? On whom does most of East Asia depend for military assistance in the event of a conflict with China? The answer, each time, is the United States.

This does not mean that the United States is beyond reproach, or that corporate interests, delusions of American exceptionalism, and democratic peace ideologies have not lead to atrocious military decisions all over the world. We wouldn’t need a nuclear deal in Iran if the CIA hadn’t ousted Mosaddegh in the first place. But absent an array of other countries increasing their own military expenditures (also a scary notion), the United States remains the go-to for military protection the world over.

The developed and developing world continues, for the most part, to enjoy peace, largely due to a system of world security backed by American hard power. But as we’ve seen in Russia, China, and the Middle East, as countries develop and their economies grow, they will inevitably use some of that new money to increase their own military capabilities. This in turn puts pressure on the United States to continue intervening in conflict zones around the world when new power dynamics lead to destabilization. This inspires more violence, incentivizing further U.S. military action. Granted, the United States doesn’t intervene internationally only out of altruism, but also in order to secure American interests.

In this context, the only way that we can guarantee world security in the future is if other countries don’t just rely on American power, but also work alongside it, as has been the case in the struggle against ISIS.

Most countries logically don’t want a more militarized world, nor should that ever be the goal. But until countries like Japan, South Korea, Israel, or fringe NATO states feel safe on their own, there is going to be a need, albeit a reluctant one, for an American superpower. America’s decisions are not always right, but unfortunately, on an array of international issues, they’re all we have.