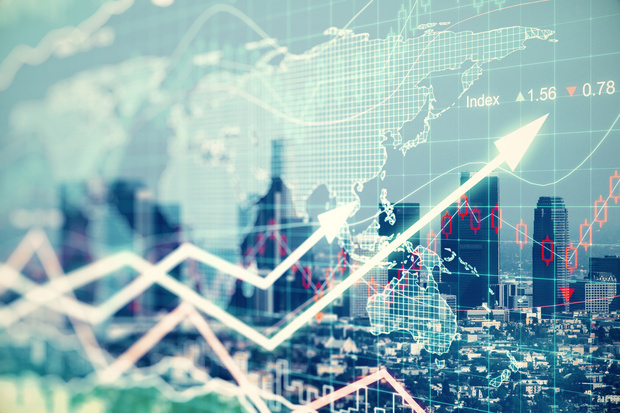 © Fotolia
Experts at the time had long maintained that equity markets were immune to the type of panic-driven selling witnessed in the late 1920s. The markets were broader, deeper and more sophisticated. There were more institutional investors in the market who were less susceptible to emotion-led reactions. Even retail investors, they claimed, were better informed and their broker/advisors more professional than in the 1920s. And the exchange itself was better structured, better capitalized and had better safeguards to prevent uncontrolled market routs. Corrections were still possible — and likely — but a market meltdown along the lines of Black Tuesday, October 29, 1929 when the Dow plunged 12%, couldn’t happen again. Yet it did.

Influenced by geopolitical tensions and a weakening world economy, global stock markets were jittery to begin with on that October day 30 years ago. Markets across the world had already declined significantly from all-time highs reached in July and August of that year. Oil prices were falling dramatically, straining the economies of the major oil producing nations and heightened political friction in the Middle East. Tensions in the Persian Gulf were especially acute and reached a boiling point when US and Iranian Naval warships exchanged gunfire on Friday, October 16.

This sword rattling helped set the stage for a market disaster. When markets opened on Monday, October 19, stocks across the globe began to fall quickly. The UK market was particularly hard hit. The London Stock Exchange had been closed the previous Friday because of a hurricane-force storm which ravaged the island and brought almost all of Great Britain to a halt. With sell orders dominating from the previous week, the FTSE 100 fell almost 10% during the first 30 minutes of trading. By the time the stock exchange opened in NY, markets across the globe were in free fall and the negative psychology quickly infected the US – already weakened by a 10% decline suffered during the previous week.

The jittery markets abroad and unchecked program trading in the US, pushed the Dow Jones Industrial Index over the edge. Pandemonium ruled the day as sellers far outweighed potential buyers and trading fell hopelessly behind which prompted even more selling as panic gripped the market. By the time the market closed, almost 600 million shares had exchanged hands – a record — and the Dow was down an unprecedented 23% having shed over 500 points to close at 1738 points.

It was a catastrophe.

Despite the severity of the decline and the siren-like call of many economists warning the drop would drive the US economy into recession as happened in 1929, the index quickly recovered and was back to pre-crash levels by early 1989. Indeed, investors who did not succumb to the panic and remained invested, enjoyed a significant expansion in the value of their equity holdings over the following years. In the ten years after the 1987 crash, the DJIA went from the 1738 close on Black Monday, to 8038 on October 3, 1997 – an increase of more than 450%. With the benefit of hindsight, the events of October 19, 1987 – as horrific as they seemed on the day – were nothing more than a small bump on the long-term road of equity investing. Yet that negative event is remembered with greater clarity and weight than the subsequent recovery – which remains vague and undefined in most people’s minds.

Are we more sophisticated and better informed today? I’m not sure. We often hear these days that stocks are overpriced and overdue for a correction. Even though the S&P 500 is hitting all-time highs after climbing 250% in eight years, it’s clear that the rally has not quite captured the heart of investors. Analysts were never truly convinced either and have issued similar warnings for years. Meanwhile, the bull market marches on.

Is it too late to join in? That is certainly a risk: it is a well-known fact that investors abandon caution at the worst possible times. But when the current rally is put in context with past performance, the case for extreme caution loses some of its potency. Stocks have been known to climb far more than the 250% registered since 2009, such as when they soared 1,000% between 1942-1966 and 1982-2000. Both rallies eventually died, of course, but false calls that the end was nigh were issued many times before the bull-slaying busts finally arrived.

Booms can be confoundingly persistent. The ten-fold rise from 1982 to 2000, for example, did not ebb gradually: instead, it sped up in the mid-1990s as investors became increasingly bullish and optimistic – despite the crash of 1987. Conversely, busts come along with violence, often just after people stop recognizing that markets can do just that. In the late 1990s, for example, most did not foresee the brutal 3-year bear market that started in March 2000.

Market crashes are a feature of how markets behave, and have always been around. The 2008-09 financial crisis or the 2000 dot-com crash, for example, were no more devastating than the Crash of 1929, or the long-forgotten Panic of 1873 that forced the first stock market closure. These booms and busts come in unpredictable cycles of different duration. Nobody has a way of forecasting market turns.

But about 90 years ago an intriguing pattern of market behaviour developed, and it has held remarkably well to this day. It goes like this: weak stock market returns in a 17-year period follow 17 years of very high returns, and vice versa. This might be nothing else than a coincidence, and we do not know whether it will hold in the future. But the cycle is quite clear.

In 1929, for example, stocks had returned a remarkable 13.4% average in the previous 17 years, the highest it had been up until that point, and investors were euphoric. But in the next 17 years stocks yielded a miserly 1.3% per year including dividends. Fast forward to 1942: stocks had returned less than 4% during the prior 17 years but went on to yield a stunning 18% annual average return during the next 17.

Since then, the market pendulum has swung between despair and euphoria, taking market returns from trough to peak. It seems that just when optimism reaches its highest point a new era begins, marked by low returns, and affirming the dictum that investor sentiment is best seen as a contrarian indicator.

Despite the market strength, conditions today can hardly be described as “euphoric”. Political dysfunction, nationalistic populism, global terrorism, rogue states and the rise of global protectionism are just some of the concerns discussed in today’s news. Sentiment is rather weak, illustrated by the prevalent idea that the stock market is too high and ripe for a fall. Yet the past 17-year average market return has been low by historical standards.
So, according to the despair-euphoria cycle just described, current conditions seem to be consistent with strong future returns. If so, what would it mean for market levels?

The most conservative way of measuring this is to start the calculation at the trough of 2009. To arrive thus to a 17-year average total return of, say, 15%, the S&P500 would have to be around 7000 sometime in 2026, assuming dividends of about 2% per year. A 16% average annual total return would take it closer to 8000, or well above three times its current level.
This may sound unreasonably high, but as observed earlier the stock market has gone up much more than that in the past, and tenfold twice. Going from 700 in 2009 to 7000 in 2026 would not lack precedent. And this pattern – while not going as far back as in the US — is also evident in many other markets.

Looking elsewhere for clues we note that the last 8 years saw weak economic growth, a condition proven to be cyclical; if so, we may be on the threshold of a new period of environmentally sustainable expansion aided by new technologies (think renewable energy and artificial intelligence). This could be a shot in the arm for the global economy.
To be sure; it is impossible to know whether this pendulum-like cycle will hold. The stock market moves in patterns that occasionally repeat themselves for a while and then vanish, a feature common to unpredictable systems.
Even if the pattern holds, there is nothing to prevent the market from tanking and then recover to produce a strong 17-year average return by 2026. The 20%-plus Crash of October 1987, for example, happened five years into the tenfold stock rise of 1982-2000.

The cycle described above does not say much about where the market may be this year or the next, but those who wonder about the long term may find the idea of being in the initial stages of a long rally quite exhilarating. Investing in stocks is certainly more attractive than investing in Government bonds which offer an interest rate of virtually nothing. Long-term equity investing has time and again offered attractive returns – even if the road can be bumpy at times. But if you keep your eyes on the road and make sure your shock absorbers are in good shape, the odds of suffering a fatal “crash” are quite low. And do not forget that the biggest risk investing in today’s zero interest environment is not to take risk at all. Keeping your money in a “safe” bank account which offers nothing but costs, is a very certain way to lose money. And the riskiest investment of all, the most certain way to lose capital, is to put your money in “risk free” Government bonds. With an interest rate of zero percent, even a modest increase in interest rates will result in a significant loss of capital. With that in mind, does investing in stocks seem as risky as you might at first think? I think not, but do you? Perhaps the following anecdote will provoke a rethink:

On October 19, 1987, Apple was only 6% the size of IBM, then the largest company in the world. Presently, Apple Inc.’s market capitalization is 6X (or 600%) that of IBM’s. While Apple was by far the better relative performer, having increased a staggering 11,000%, IBM’s performance wasn’t exactly a flop either, up more than 500 % since that fateful Black Monday. And US Government bonds? They’ve returned a modest 2.72% per year. Convinced now?

James Dilworth has more than 35 years of experience in banking, insurance and asset
management. He has worked in senior management positions with leading firms such as Goldman Sachs, Morgan Stanley and Allianz in New York, London and Frankfurt. Mr Dilworth now advises banks and insurance companies on asset management and is in private equity as both a financial and operating investor.