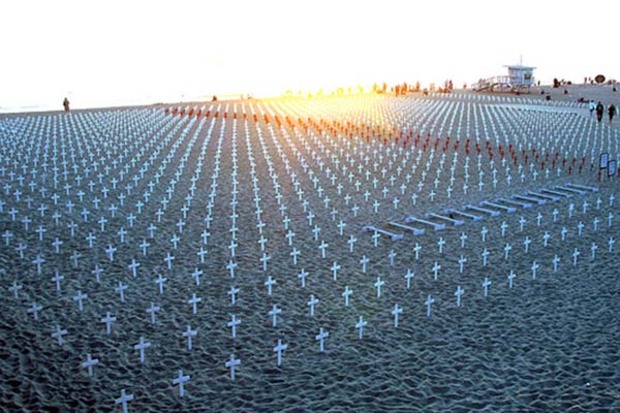 “What do we have to do with this?”, asked a little girl injured in the recent shelling of a UN-run school in Gaza. The same question preoccupies the relatives of the 298 passengers on Malaysia Airlines flight MH370, which crashed in eastern Ukraine. And civilians in conflict zones around the world.

In a global era, civilian suffering is globally visible as images of atrocities committed anywhere are quickly transmitted everywhere on television and social media. It is also pervasive. Despite the fact that interstate war is declining, the World Bank estimates that the lives of 1.5 billion people are affected by insecurity stemming from armed conflict and extreme criminality.

Today’s conflicts typically combine political violence, criminal violence, and human rights violations. Civilians are directly targeted when political mobilization and control of territory is pursued through terror or ethnic cleansing. They are affected by the predatory activities that finance the conflict: extortion, kidnappings, smuggling, and other forms of transnational crime that breed lawlessness and insecurity locally. And “collateral damage” is often the price of military operations that use airstrikes, drones and heavy-handed counterinsurgency tactics.

Since the early 1990s, the plight of civilians has spurred significant efforts to construct a global humanitarian regime. These efforts build on foundations laid down with the Universal Declaration of Human Rights, the Genocide Convention, and the Geneva Conventions, but they go further in scope and ambition. The aspiration is to ensure robust protection through preventing atrocities and human rights abuses, halting such violations when they occur, and punishing the perpetrators.

The emerging global regime involves both new humanitarian norms and a range of legal and policy instruments to mainstream and enforce them. It includes the treaties banning landmines and cluster munitions; the Yugoslav and Rwanda Tribunals, which paved the way for the establishment of the International Criminal Court; policy innovations such as humanitarian corridors, safe havens, and international protectorates; and, at the sharp end, the use of force in “humanitarian intervention” and the Responsibility to Protect (R2P). A growing concern for the security of individuals is evident in the discourse of “human security” adopted by the UN and the EU and in the mandates of multilateral operations in conflict-affected states.

And yet, the failure to enforce these normative commitments is as obvious today in places like Iraq and Syria as it was two decades ago in Bosnia and Rwanda. Some of the challenges have to do with the specifics of individual cases, but others reflect structural problems.

The emergence of a global humanitarian regime has been driven to a large extent by transnational civil society activism and pressure, as well as the rise of global consciousness and cosmopolitan concern that transcend national affiliation and state borders. Civil society efforts to promote normative change have been able to harness some of the political openings of the post-Cold War international order without, however, altering its fundamental character. Each new crisis reinforces the contradictions between global humanitarian norms, aimed at protecting the dignity and rights of people as “members of the human family”, and nationally organized security capabilities, intended for fighting wars with other states and deeply implicated with national interests and domestic politics.

Any international response to a humanitarian crisis involves decisions about whether, when, and how to intervene. Such decisions usually hinge upon the political will and calculations of major powers, especially the permanent members of the UN Security Council. The result is an arbitrary and ineffective approach that reflects concerns for state sovereignty or geopolitical interests much more than human rights considerations. A heavy reliance on Western states (chiefly the U.S.) for initiative and resources often ends up tying the fate of civilians in conflict zones to the vagaries of domestic politics and publics far away. This is how we have repeatedly found ourselves in the position of bystanders and witnesses to mass slaughter, as currently in Syria.

When there is sufficient political will to enforce humanitarian norms, the challenge is how to do it. Most of the security capabilities at our disposal are developed for fighting conventional wars, and the goal of defeating war enemies is deeply imbedded in military culture and technology. These capabilities cannot be easily harnessed for protecting people and making them feel safe; sometimes, they can have the opposite effect.

NATO airstrikes caused significant civilian casualties in the Kosovo “war for human rights” and provided a cover for the regime in Belgrade to accelerate the ethnic cleansing of Albanians. The arrival of 20,000 international forces did not prevent reverse ethnic cleansing of Kosovo Serbs, despite “lessons learned” from the failure of UN peacekeepers in Srebrenica five years earlier. In places like Afghanistan and Pakistan, airstrikes and drones are not defeating the insurgents but are making the lives of ordinary people even more insecure. While the intervention in Libya was authorized by the Security Council to enforce R2P, it quickly turned into an air campaign to topple Qaddafi and paved the way for an oppressive rule of militias. The problems with our security capabilities are compounded by how we use them, as force protection becomes a priority that trumps civilian protection.

The efforts of civil society to promote global humanitarian norms and to enshrine them in law and policy have lost much of their momentum after 9/11 and the unsuccessful attempt to stop the invasion of Iraq. The wars in Afghanistan and Iraq were not humanitarian interventions, despite some of the rhetoric. Nevertheless, they have prompted suspicion and resistance to any international intervention on humanitarian grounds in places like Syria. At the same time, many of the practices associated with the global War on Terror are becoming normalized and entrenched, even if the label is discarded. A Second War on Terror may rely more on drones and airstrikes than on military occupation, cooption of repressive governments, and strongmen rather than regime change. The consequences for the security of individuals and communities, however, can still be disastrous.

Globalization is not ending. In fact, our awareness of global human suffering and insecurity and their ability to affect us may be growing. A global humanitarian alternative that matches norms with capabilities and rhetoric with action is urgently needed at a time when it appears least likely to emerge.

Iavor Rangelov is Global Security Research Fellow at the London School of Economics & Political Science and author of “Nationalism and the Rule of Law: Lessons from the Balkans and Beyond” (CUP 2013).