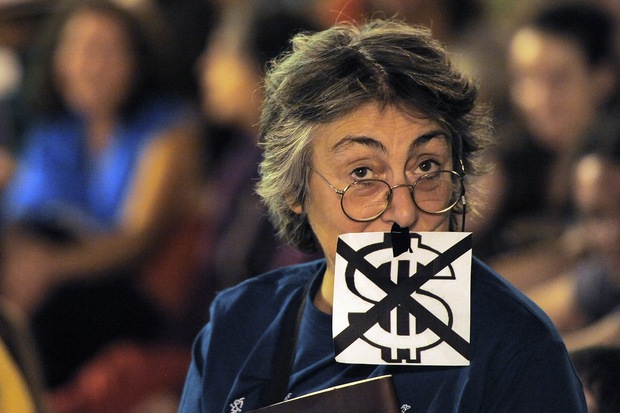 Movements of people, goods, and capital may be substitutes for each other. The first backlash to emerge clearly in the earlier wave of globalization was directed against population mobility, with the major recipients of nineteenth century migration flows adopting increasingly restrictive policies. But the major legislation controlling migration in the United States came only in and after the First World War, as did analogous measures in Canada and Australia. With population flows restricted, the countries of outward migration suffered from increased labor market pressure, pushing wages down. For them, one alternative strategy to adjustment through migration flows would have been higher rates of economic growth as a result of increased trade, with the trade link acting as a substitute for movements of people. Mediterranean and eastern Europe, for instance, might have exported more products to the richer industrial countries, and thus have employed the workers who were no longer allowed to migrate. Such development required both trade openness on the part of the recipient countries, and capital flows to make up for savings deficits in the emerging markets of the time. But with increased popular and political sensitivity to trade in the richer countries, and a rush to trade protection, this avenue to growth closed down. The capital markets responded to the new dynamic. As the repayment of the credits that had flowed into the emerging markets in the mid-1920s became problematical, capital markets froze. In the last stage of reaction against globalization, a wave of contagious financial crisis swept the world in the early 1930s. In the aftermath of these financial catastrophes, a fully developed doctrine of anti-globalization swept the world. There was a backlash against every form of international mobility.

Two alternative tracks for dealing with the problem

The threat of a radical deglobalization appears much greater now than it did thirteen years ago. After 2008, a new consensus emerged – analogous to that which developed in response to the 1930s Great Depression – that there was too much capital moving in the world with consequences that were too destabilizing. Finance capital was now not a stabilizer but a metastasizing cancer at the core of capitalism. Two alternative tracks for dealing with the problem: one lies in limiting the global risks built up in the financial sector. But that is a complex issue, and pressure to increase the safety of the banking system by increasing capital ratios in the short run risks contracting bank lending and forcing the world into deflationary adjustment. In addition, pressure on big financial institutions to reduce risk and increase capitalization is also often linked with pressure on banks to provide more facilities to their home economies. As a result, the Great Recession after 2008 has produced a resurgence of the debate about the future of finance capital and initiatives tending toward the renationalization of banking.

But the broader worries about globalization were already well developed before the outbreak of the financial crisis. Economists revised their initially rosy assessments of the impact of globalization on labor markets in industrial countries. In the 1990s, most studies painted a relatively benign picture, but over the past five years much higher estimates of the job losses from trade have emerged. Many of the former advocates of globalization in the business and political world of the advanced industrial countries were deeply worried well before 2007, because in their countries globalization seemed to be responsible both for job losses and pay reductions, as well as for apparently illegitimate rewards for the owners of scarce resources, in particular superstars with a reputation, such as sports or entertainment stars, and CEOs who market themselves like superstars.

Until recently, the most dramatic effects of globalization were seen in the market for unskilled labor, and consequently most policy thinkers simply saw better training as an answer. But now, it has also become clear that skilled service jobs (most conspicuously in computer software but also in medical and legal analysis) can also be “outsourced”. Consequently, the gigantic western middle class – the great winner of the twentieth century – is now extremely alarmed by the prospect that it might be overtaken by an even larger (and harder working) middle class in emerging market countries. The result is not only a political backlash, but also an intense populist concern in the rich industrial countries with corporate governance, corporate abuses, and the excesses of executive pay: in short with a new inequality that seems to follow from globalization.

Time to “pay for our sins”

The causes of the relatively recent rise in inequalities in almost every industrial society despite tax systems that aim at redistribution are complex: but they include inadequate innovation (which as Thomas Piketty points out tends to privilege inherited wealth positions) as well as policies which accidentally or inadvertently increase inequality (as both monetary and fiscal policies followed after the Great Recession have done: cheap money in particular has led to asset and property booms which favor the very rich). An important driver of the new inequality is also the disintegration of traditional families and the erosion of marriage in poorer households, giving rise to a cycle of underachievement and deprivation. That social disintegration is harder to deal with through conventional policy mechanisms. Inequality, surprisingly, has not been well addressed by attempts to counteract it through fiscal policy.

Globalization is now on the run. The new backlash naturally terrifies business leaders, who want to devise some appropriate response that will not hurt them too much. Events such as the World Economic Forum, formerly parodied as the fiesta of pro-globalization fanatics, are now packed with presentations by globalization critics and choruses about corporate social responsibility. Even before the most severe phase of the financial crisis, at the opening of the 2008 WEF, its founder and guru Klaus Schwab, began by saying that it was now time “to pay for our sins.” It is hard to find defenders of classical rule-bound liberalism at events such as Davos: the readiness with which global captains of business embrace their opponents reminds me rather of the way in which the Florentine ruling and banking house of Medici sponsored the most vociferous and radical critic of commercial culture, the Dominican friar Girolamo Savonarola. In 2001, I held Savonarola up as an early apostle of the creed of deglobalization: he now seems to me to be a contemporary prophet.

Harold James is a renowned historian, specializing in the history of Germany and European economic history. He has written extensively on the economic implications of globalization, examining contemporary issues associated with globalization in the contect of larger economic trends. James is a Professor of History at Princeton University as well as a Professor of International Affairs at the University’s Woodrow Wilson School.