Mitt Romney is a cold-hearted capitalist. That’s the message that the Obama campaign wants to convey. But the entrepreneurial spirit is deeply embedded in American culture. 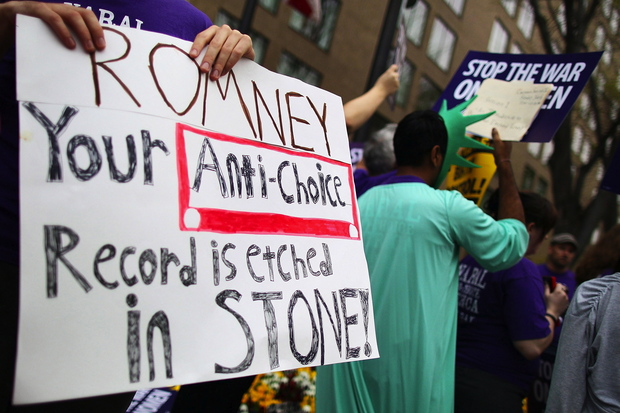 Whenever Bain Capital, Romney’s investment and consulting firm, enters political discussions, Obama is on the attack. The president’s strategy in discussing economic issues is to cast doubt on Romney’s leadership qualifications and cater to those who have become disenchanted by the machinery of capitalism.

According to the Obama rhetoric, Romney is the vampire who sucked the life blood out of the companies he worked with during his time at Bain Capital. In a new video produced by the Obama campaign, Romney is accused of driving a steel company into bankruptcy: 750 employees were laid off while Bain Capital pocketed a healthy profit. Obama later specified his criticism: the logic of the private sector did not compare to the demands of the presidency.

It should have been a great rebound opportunity for Republicans: after all, Romney had served as governor of Massachusetts for four years – when Obama ran for president in 2008, the only political office he had held was in the legislative chamber as a senator. But a second look reveals the limits of a Republican rebuttal: Romney’s achievements as governor are highly controversial.

“We have created more jobs in Massachusetts than the president has created nationwide,” Romney said several months ago. It’s not exactly a lie, but not entirely true either. Official statistics show that Massachusetts created 34,000 jobs during Romney’s gubernatorial tenure. On a national level, more jobs have been lost than were created under Obama’s watch, despite a slight upswing in early 2012. If we go by the numbers, Romney is right. But his calculation excludes important factors that Obama had to contend with, like the worst economic crisis since the Great Depression.

A quick look at state-by-state comparisons of job creation numbers shows why Romney’s attack might backfire. Under Governor Romney, Massachusetts ranked 47th out of 50, as Obama’s team was quick to point out. Romney’s assertion that he eliminated a budget deficit of three billion dollars is exaggerated as well, and largely relied on controversial policies. As Paul Belaga points out in a recent issue of “Newsweek,” the Romney administration in Massachusetts slashed education spending, lowered taxes and raised fees on virtually everything and everyone in the state. In other words: he introduced private sector thinking to the public sector. Begala argues that we must see Massachusetts as a “guinea pig” for the policies that Romney would pursue on a national scale if he wins the 2012 presidential elections. Obama’s team is eager to reduce the election campaign to the populist slogan of “us versus them”: Those who stand for social justice against Republicans, who are led by the financial predator and private equity manager Mitt Romney.

But the strategy is risky for Obama as well. If the president frames his criticism too broadly, he could easily be accused of opposing entrepreneurial success in America. Obama cannot afford to alienate sensible swing voters, especially since the perceived threat to “free enterprise” has already resulted in a broadside of Tea Party propaganda. It is not surprising that some Democrats are trying to distance themselves from Obama’s rhetoric.

The political risks are significant. But this is only the beginning of Obama’s assault on Romney’s economic expertise. Indeed, it’s the only path available to the president. Obama cannot undo the country’s dire economic situation or improve the high level of unemployment in a few short months. His chance is to convince voters that a President Romney would only worsen the situation.

E.F. Kaeding is a German political and cultural journalist. He has lived in Berlin and America for the past eleven years.