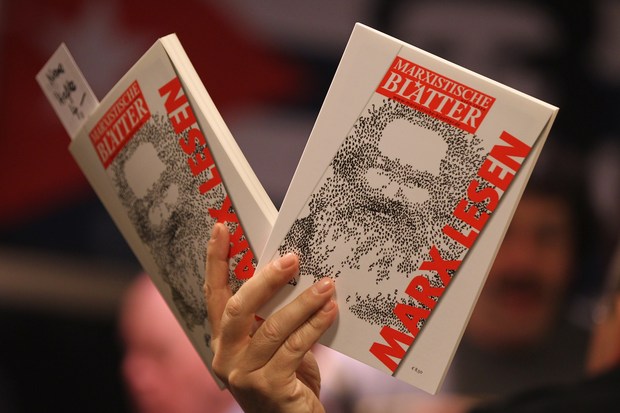 The reader is from the city Mülheim a.D. Ruhr. He criticized in full my party DIE LINKE for a “policy which focuses too strongly on the Eastern German states, ignoring the problems of our insolvent municipalities in the West.” Both of these standpoints, from Wittstock as well as Mülheim, are not individual opinions, but backed by a rather large group of people, here and there, both viewpoints have some truth to it.

For most West Germans the memory of the reunification of the country comes with few tangible, positive connotations. The solidarity supplement, West-Germans started to pay to East-Germans, was probably the gravest change. While East Germans attained undeniable advantages, such as a variety in products, flourishing cities, the freedom to travel, others rejoiced in the end. Cheap labor, weak trade unions, ample subsidies are dreamy conditions for the capitalists. But the job miracle never materialized. Many East Germans didn’t queue at the supermarkets anymore, but at the job centers.

Gold rush in the East

And the elites? In the East they were dismantled. For many from the old federal states the area between the rivers Oder and Elbe became their Wild West. Clerks climbed the career ladder, insurance companies made billions, 50 percent special amortization for property acquisitions caused real estate speculators to rejoice. “People from here, elites from over there,” said the FAZ, one of Germany`s largest daily papers.

All this is still not history! Officially, the average wages in the East are now 87 percent of their Western counterpart – the difference often constitutes more than 20 percent. In the West, 19 percent of the workforce is receiving low wages, in the East almost 35 percent. The commercial slogan, “Land of the early risers” has to be taken literally, because more than 400,000 East Germans still commute to the old states. The politically nonsensical sanctions against Moscow are detrimental to the East German economy. In 2016, the state of Saxony had to reduce its exports to Russia by almost 30 percent. In the East German state of Mecklenburg-Vorpommern the exports shrank by 51 percent, the Western states of Hamburg and Bremen also suffered losses. Over all, Germany’s exports to Russia fell by only 0.3 percent.

Three decades after the unification, East Germans are often still not coequal. There is a lack of prospects. A sad reality proving this is the East-West pension adjustment, now planned to come to fruition in the year of 2025. Because social standing impacts education and career opportunities in Germany, many East Germans are also still disadvantaged in that regard. When the Cologne Institute of Economy rejoiced at the beginning of 2017 that migration from the new to the old federal states was lower than ever, Iris Gleicke, the East Commissioner of the Federal Government, claimed laconically that in many East German regions there was simply no one else to emigrate anymore. That is a correct statement.

No blue print for dismantling the social welfare state

“Too much market, too little political creation”, that is how the Social Democrat and former West-German minister for education, Klaus von Dohnanyi, recently defined the current reunification policies. This definition is in dire need of reversal. On the one hand, because equivalent living conditions among German citizens are defined in the constitution, but still not realized. On the other hand, because faulty developments should not turn into a blueprint for the depletion of the welfare state. We need to stop this development – for the sake of a united Germany. The municipalities in North Rhine-Westphalia are currently facing the highest mountain of debt. Child poverty should not be accepted, neither in the state of Schleswig-Holstein or the state of Thuringia.

The East remains the largest collection of structurally weak regions nationwide. Social or regional origin ought not to restrict life opportunities. In 2019, the Solidarity Pact II is going to be phased out and funding by the European Union will be declining. The special attention of the federal policy for the East of Germany remains necessary. A “Ministry for the East”, focusing on problems and shortcomings in East Germany and progressive solutions thereof, would be one, vital opportunity to bridge the still existing gap between East and West Germany.

Dietmar Bartsch was born in 1958, studied political economy in Berlin and earned a Doctorate degree in Moscow. Since 2015 he is leading the faction of DIE LINKE, THE LEFT with Sahra Wagenknecht in the German Parliament, the Bundestag.