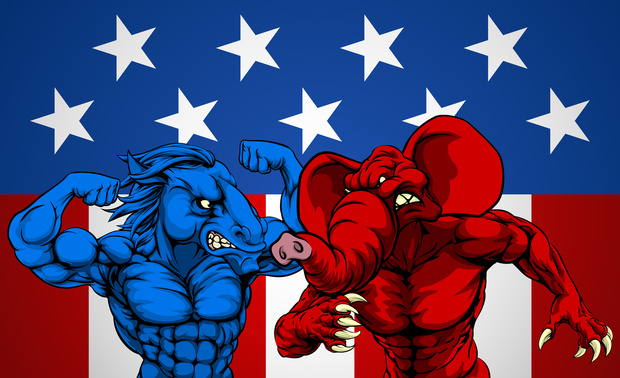 The gnawing question on many minds this year: Who will be following Barack Obama in the White House as the 45th President of the United States? If you want to get the prediction right in this year’s most pivotal political showdown, forget the pundits and pollsters who wreck their brains in predicting which way a fickle electorate is likely to turn. The coveted answer is hidden in an unlikely spot: Where spin doctors and opinion researchers flounder a grandee of popular culture may lead the way. A few years ago the late actor Peter Falk was asked on CNN’s Larry King Show to explain the popularity and longevity of TV serial heroes. Larry King could not have hoped for a better interviewee than the man who over four decades had impersonated the iconic LA police detective Columbo and in the process turned a notoriously capricious and demanding TV audience into a committed and loyal following. The secret to understanding this unrivalled popularity, Falk explained on CNN, was Columbo’s bifurcated public personality. On the one hand there is this modest, circumstantial and perennially dishevelled John Doe type of figure, wearing a rumpled beige raincoat as a token of his thriftiness.

At the same time, Columbo’s sharp mind makes him a genius in his trade who stands out from his more mediocre colleagues ready to face his most cunningly demonic adversaries at eye level. Falk insisted that the blending of both traits – enviable ingenuity and common prosaicness – is what audiences hanker for.

Apparently, Falk’s analysis of the rapport America’s favourite detective entertained with the public proves right with respect to iconic figures in popular culture more widely. Be it in film, music or literature, enduring loyalty and popular support are almost guaranteed for fictional protagonists that are constructed along the principles exemplified by Falk’s Columbo. The beloved action hero Superman is probably the best known case to prove the point: Clark Kent, an introverted, mildly-mannered journalist with a slight slouch morphs into the hero Superman whose transcendent powers avert lethal threats, save the world and in passing cause raptures among his audiences: While Clark Kent’s workday image is not particularly awe-inspiring, his simplicity and apparent ingenuousness many find endearing. Any psychologist would concur and confirm that we tend to like what appears familiar enough to relate to.

Yet for someone who aims to attract a staunch and enthused popular backing, similarity with a somewhat pedestrian audience does not do the trick. Not for Clark Kent nor anyone else. Engineering a charismatic rapport with an ecstatic fan base also requires a display of superior leadership ability which consists of some amalgamated characteristics: Courage and assertiveness blended with the cognitive assets of omniscience and perspicaciousness – four traits widely associated with cherished cinematic super heroes ranging from Superman to James Bond. But can we assume that the recipe that has worked so well in winning over a loyal audience and box office success for fictional protagonists has its bearing in the political arena too? In other words: Do political leaders pass the Columbo test?

The great ones do and the most promising contenders for the top job heed Columbo’s example painstakingly. George W. Bush’s swaggering pose as commander-in-chief complete with fighter pilot gear on board USS Abraham Lincoln was no less accomplished than the images depicting the President as seemingly ordinary farm worker on his ranch near Crawford. More recently, the Conservative London mayor Boris Johnson is enroute to passing the Columbo test. Earlier this year he challenged his own party leadership and Prime Minister David Cameron by championing Brexit, Britain’s exit from the European Union, a cause backed by many Conservative Party grassroots supporters. For them Mr. Johnson just earned the laurel wreath of a rebel who fears no foes in his crusade for national sovereignty and liberation from what is perceived as the EU yoke. The London mayor, a historian and journalist by trade, is aware that heroes easily appear aloof and beyond reach. A scenario he pre-empts by inviting Londoners to address him casually as Boris, while he indefatigably navigates the traffic in the British capital by bicycle on his way to town hall, unceremoniously outfitted with the inevitable high visibility vest and a mundane rucksack – Boris’ equivalent to Columbo’s rumled trench coat.

Columbo’s charisma and loyal support was no inexplicable godsend but the inevitable result of a principle that was consistently applied by the makers of the programme who composed the detective’s script and guided his fictional personality. Politicians employ communication advisors to pull off the same trick.
Looking ahead to the coming months of campaigning until election day in November the scenario becomes clear: By passing the Columbo test the contender testifies to a unique rapport with the public. It is not surprising, therefore, that the respective campaigns of all remaining candidates are consciously or subconsciously guided by the Columbo principle. Admittedly, millionaire businessman Donald Trump at first impression barely qualifies as average citizen, and yet in his own peculiar way he does by voicing themes and uttering sentiments common among many ordinary middle class voters. His language strikingly contrasts with the idiom adopted by the Washingtonian political elite and think tank sponsored gurus. Instead, his tone resonates with the more average punter. A style he melds astutely with his jingoistic outbursts and blatant shows of self-promotion as a great leader with an awe-inspiring record as entrepreneur. Bernie Sanders is perhaps truest to the fictional original – dishevelled hair, hoarse voice, unpretentious demeanour on the one hand, admired champion of the disadvantaged on the other.

By contrast, Hillary Clinton scores poorly on all counts. Neither can she sport recent credentials as a glorious campaigner or political hero nor does her pedigree among the Washington elite lends itself to hopes of rebranding her as the “people’s candidate.” Thus Hillary Clinton is the contender least likely to meet the Columbo principle. While that does not rule out a Clinton presidency, failing the Columbo test makes the stretch of road to the White House a great deal rockier.

Christian Schnee served Germany’s Christian Democratic Party both in opposition and government as media spokesperson and subsequently headed the political communications unit for the international think tank Konrad Adenauer Foundation. Currently, he holds a position as senior lecturer in Public Relations at the University of Greenwich in London. His latest book Political Reputation Management: The strategy myth, published in 2015 by Routledge, addresses issues of political marketing.