No Success for Politics of Hate

Obama and Romney are tied in the polls. But the most striking aspect of the final weeks of campaigning is how little polarizing ideology and latent racism seem to matter. 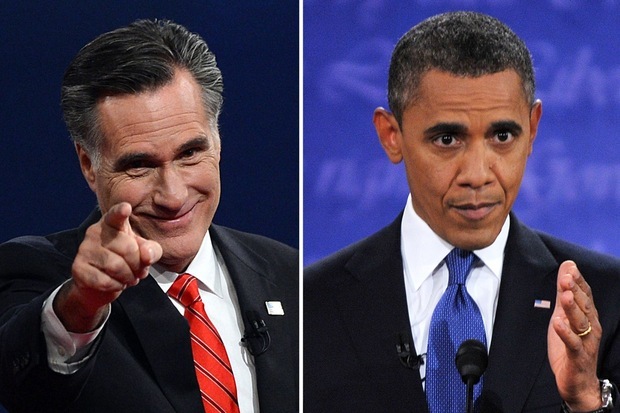 For months, Democratic commentators have argued that US conservatives attempt to capitalize on racist undercurrents. Conservatives, they say, have accused Obama of expanding welfare and unemployment benefits only because it disproportionately benefits the black minority. But the final weeks of this election cycle have brought a sudden change: the discussion is focused on issues, on substance. Do we want America to commit itself to the current welfare state, as Obama’s Democrats demand? Or should we massively reduce the budget and lessen the tax burden on wealthy Americans, as Republicans propose? Cultural wars are simmering in the background – religious Republicans will be driven to the polling stations by their rejection of same-sex marriage – but the political discourse is dominated by economic policy.

In the beginning, Romney and his team pursued a simple campaign strategy: convince enough voters that Obama is to blame for the country’s poor economic performance. That strategy hasn’t worked, for several reasons: economic recovery remains slow, but it is happening. Romney failed to generate enthusiasm among fellow Republicans, and certainly among grassroots voters. Polls that track the popularity of the two candidates show that Romney ranks very poorly, even when compared to previous Republican candidates. This also explains the choice of his running mate: Paul Ryan is popular with the party base – but he, too, is not exactly a darling among the crucial demographic of swing voters.

Ryan’s selection thus presents a double-edged sword: it secured the support and enthusiasm of conservative Republicans, but it also has the potential to widen the gulf between Romney and American swing voters – voters who will have a large influence over the outcome of this election. Ryan is seen as an ideologue and as a supporter of the free market. He also wants to eliminate progressive tax codes that disadvantage the rich and curb environmental protection legislation. Neither of those positions are shared by a majority of Americans.

Romney’s strategic response: attack the opponent. Republicans tried to brand Obama as a dangerous socialist, and to detract attention from their economic policy proposals. Again and again, Obama was characterized as “the footstamp president.” Many believe that African-Americans benefit especially from these government subsidy programs, and Republicans exploited such prejudices for their campaign. But the allusions didn’t drive any new voters into the Romney/Ryan camp. Increasingly, the Republican Party was seen as a bunch of “angry old white guys” with which the educated middle classes could not connect.

Since then, however, Romney has scaled back his ad hominem attacks of Obama and has been forced to detail his own policy proposals and his vision for the future. Obama’s campaign didn’t mind: tax cuts for the rich and an increase in defense spending aren’t especially popular with swing voters. September saw a rise of Obama’s polling numbers, especially in crucial swing states like Ohio or Michigan (where Obama’s bailout package helped to save the auto industry). In comparison to Obama, Mitt Romney was increasingly seen as a manager aloof from reality. That’s not a flattering description of someone who wants to govern a country with serious social issues (his “47 percent” remarks didn’t help either).

And then, the first TV debate happened. Romney was well-prepared, went full-throttle, and succeeded in pinning Obama down as a weak leader who made empty promises. He also managed to disguise his own proposals as politically moderate. He would tackle the real problems and refuse to dole out tax gifts, Romney claimed. He would pursue a thorough reform of the tax code and drive economic growth. Obama remained calm, almost lackadaisical, surprised by Romney’s comeback and unable to command initiative. It was a poor performance, even if we consider that Obama’s team had deliberately opted for a calmer course. Their aim was to consolidate their polling advantage without risking too much, but it didn’t work. Claims that Obama simply didn’t like the debate format, or that he was tired because of the high altitude in Colorado, don’t count. Obama has always been a careful politician; it’s in his DNA.

Now he realizes how quickly the mood can change, especially in a situation of economic uncertainty. Both campaigns are dependent on a relatively small number of swing voters, no more than ten percent of the electorate. Obama cannot play safe anymore: he must play up his achievements and produce forward-looking policies.

Still, we can conclude that Republican attempts to portray Obama as un-American or as an enemy of freedom have failed. Romney’s ascension isn’t the result of ideological attacks on the President. It’s a telling sign that those approaches to campaigning don’t work anymore in a multicultural country like the United States. Polarization alone doesn’t win you an election. We can only hope that Republicans in Congress come to a similar conclusion.

Chase Gummer is Senior Fellow at the Brandenburg Institute for Society and Security near Berlin, Germany. Previously, he was a lecturer at Georgetown’s School of Foreign Service campus in Doha and worked for the car manufacturer Daimler Crysler in the Office of Global Affairs and Public Policy. Gummer holds a PhD from Georgetown. He is currently writing a short of history of Europe and the Eurocrisis.

30 million Americans have no health insurance

The usual left/right dichotomy ignores a large portion of American voters: those who reject conservative traditions and big-spending liberals alike.