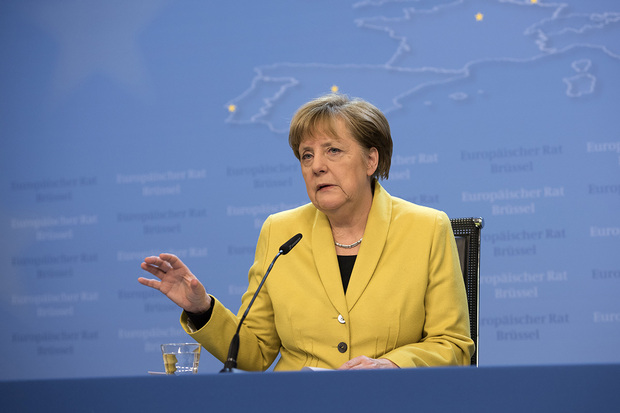 Angela Merkel has emerged the loser from the refugee crisis. And, alongside her, the Kantian imperative, a philosophy deeply entrenched in German culture, has lost as well. This is true despite 70 percent of Germans professing a moral obligation to help refugees and people in need. Derived from the Golden Rule, this obligation has even entered the German language in idiomatic form: “Do unto others as you would have them do unto you.” To Kant, for whom religion was mostly a reservoir for moral rules of action, it also suited the universal approach to ethics in the Enlightenment era. His moral imperative remains a cornerstone of German ethics. But despite the high approval ratings, this past year Germany has witnessed the rise of a massive right-wing populist movement strongly opposed to Kant’s dictum.

Citizens in other European countries express less of a moral obligation towards refugees. For example, the English have struggled to understand the actions of the German government: “The Germans have gone crazy,” they say. Or, in the English parliament: “Angela Merkel has become impertinent.” Something about the English has become clear: defined by David Hume’s utilitarianism, they could not be further from Kant, who looked at a thing by its very nature (“a thing in itself”) rather than at its overall usefulness.

This split in national philosophical tradition does not originate in the refugee crisis – indeed the philosophers have articulated a wide-ranging divergence in British-German thinking. For example, the two countries differ in their approaches to stem-cell and embryonic research: in Germany, where utilitarianism is insignificant compared to the greater cause, the purpose of the research does not justify the means. When a moral issue (i.e. euthanasia) is molded into German law, there is no party discipline in the Bundestag: an obligation to a party’s position does not apply. Rather, the Bundestag member is free to vote according to conscience.

The English are not alone in accusing the Germans of “moral imperialism,” and it is not entirely without reason: Germany has always understood Europe to be a project of values, not simply a common market as England would have it. However, responding to the refugee crisis, Merkel’s European partners did not follow the German commitment to morality, and so the Chancellor lost. She had hoped to lead other European countries by example to allow the distribution of refugees under the applicable provisons for the Member States of the EU. Gradually, however, countries along the Balkan route closed their borders, and an Islamophobic nationalism has reemerged in Hungary, Slovenia, and Poland. These parties are the ones leading by example: in Germany, an anti-Muslim right-wing party (Alternative for Germany) made it into three regional parliaments.

Angela Merkel’s project, and indeed the Kantian imperative, has failed. And with it, so has her vision of a Europe committed to the values Erasmus of Rotterdam long ago spelled out: Europeans united by the spirit of Christianity to fuel a new humanism. Only, back then, those values wilted in the face of the Reformation and its subsequent wars.

It’s argued that Merkel, a pastor’s daughter, has responded to the refugee crisis as a Christian would. She rejects this claim, completely á la Kant: the moral imperative is not to be applied ad libitum, but in all cases. Other European politicians, however—Helmut Kohl, Robert Schumann and Jean Monnet—derived their politics from Christianity’s moral sources. Their political Christianity and accompanying political theology have, since the late 19th century, stood related to and yet distinct from both social democracy and liberalism. Yet, today in Europe, all three political systems are under attack at what may not be the best time, testing the political cohesion of the Union. The Chancellor, head of a Christian party, once told those who feel threatened by Islam to read the Bible and go to church. Yet this may not be great advice: religion for many Europeans is a matter of cultural kinship, not spiritual belief. That is why religious Muslims frighten most Germans. So when Merkel said that another culture does not limit the extent of one’s own, the notion ran into the void – and has for some time all across the continent.

In 2011, a large survey tested the depths of xenophobia, islamophobia, and misogyny within eight European countries. With the notable exception of the Netherlands, these undemocratic attitudes had found purchase with at least a third of Germany, England, France, Italy, Portugal, Poland and Hungary. Mrs. Merkel was thus too optimistic: she overestimated the extent to which her constituents would appreciate a political realignment along Kant’s philosophy (not to mention how that approach would be received in the rest of Europe). Rising uncertainty, exacerbated by globalization and digitalization, strengthens the new right-wing parties from Denmark to Greece. Calls for a strong man are common. This is why the new right pays homage to Vladimir Putin.

The Germans appear to have long adopted a philosophical Sonderweg. Politically this has at least been true under Angela Merkel’s tenure: abandoning nuclear energy, dealing with the financial crisis, and responding to the refugee crisis, Germany has argued and acted confidently, yet differently than any other EU country and without consulting them beforehand. To what extent can we chalk up this difference to Kant? The German approaches to energy and finance are linked in a peculiar way to matters of principle and morality, but in the refugee crisis, there is a clear reason to act according to Immanuel Kant: real people are in a specific emergency.

Morally, Europe today is in ruins—much as it was during the time of Erasmus. For a brief moment, the Willkommenskultur and the Wir schaffen das mentality (recall the fall of 2015) seemed to be the realization of Erasmus’s dream. The continent, however, is falling back upon its nation-states, back to the Europe drawn by the Congress of Vienna in 1815, which culminated, ultimately, in two devastating world wars. Some say Angela Merkel gambled (and now lost) the legacy of her great European predecessors. The opposite is true: Europe was either going to be a moral entity, or not be at all.